Already drawing comparisons to one of the sport’s all-time greats, teenage sensation Tokito Oda is looking to build upon his breakthrough season on the wheelchair tennis circuit.

Pundits have mentioned Oda, who turns 16 on Sunday, in the same breath as three-time Paralympic singles gold medalist Shingo Kunieda, with the Japanese youngster showing signs he might one day reach similarly lofty heights to his compatriot.

On course to represent Japan at the 2024 Paris Paralympics, Oda announced last month he would turn his previously part-time athletic endeavor into a professional pursuit thanks to multiple sponsorships.

“I’ve been provided an environment that will allow me to focus on tennis even more and get better results. It’s a necessary step for me to win against the world’s best players, and age doesn’t matter,” he said.

Born in Aichi Prefecture in central Japan, Oda began using a wheelchair after he was diagnosed with bone cancer in his left hip at age nine. He took up the sport when he was 10 and quickly rose up the junior ranks, reaching world No. 1 in the boys’ under-18 category at 14 years and 11 months in April last year.

His breakthrough 2021 season included a 22-match winning streak, becoming the youngest player to be ranked world youth no. 1, and an ascent to a career-high position of No. 10 in the men’s standings.

He faced Kunieda in competition for the first time at the Melbourne Wheelchair Open in January, where he put up a fight but eventually lost to the 38-year-old 7-6 (2), 7-6 (1). Kunieda is also a seven-time ITF World Champion and 47-time Grand Slam winner.

Despite the loss, Oda said he learned a lot by observing the veteran player’s consistency and ability to move around the court. 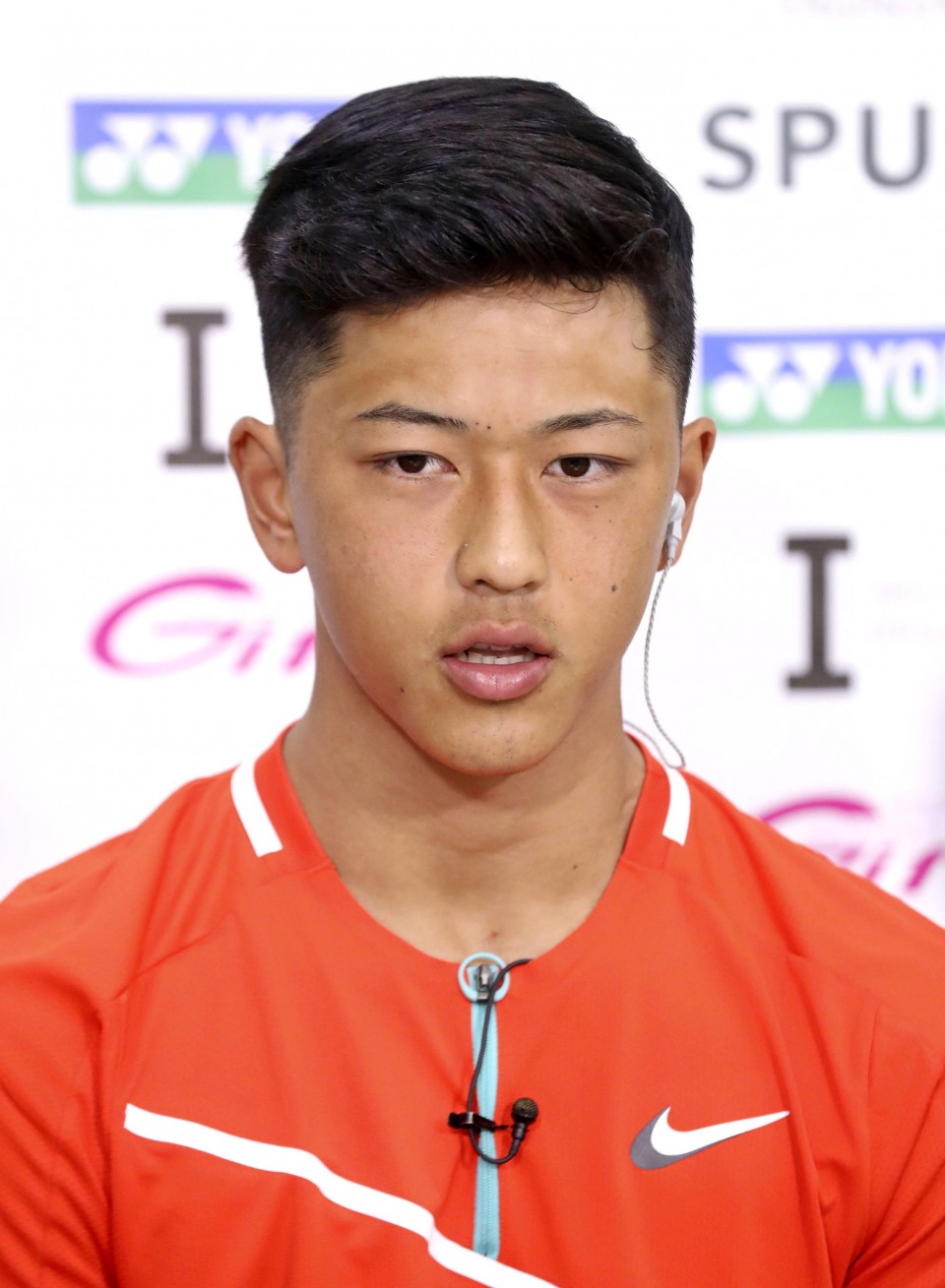 “I felt strongly that he has the power to turn tough situations into opportunities,” Oda said.

Oda is scheduled to play in the French Open, which gets under way on May 22 at Roland Garros in Paris. Should he play, Oda will become the youngest wheelchair player to contest a Grand Slam tennis tournament, according to the International Tennis Federation.

Oda won all eight of his international titles in 2021 in events played on clay courts. Of the four annual Grand Slam tournaments, the French Open is the only one to be played on clay.

Roland Garros was a focal point of Paris’ winning bid and will be a major venue for the 2024 Olympic and Paralympic Games.

Having already made a big impression in his young career, Oda will try to serve further notice to the wheelchair tennis world in his senior Grand Slam debut.

Before that, he is representing Japan alongside Kunieda at the ITF’s flagship wheelchair tennis team event, the World Team Cup in Vilamoura, Portugal, through Sunday.