Over the last couple of months, more and more information has come out about the ongoing situation inside WWE involving Sasha Banks and Naomi. As previously reported, the former WWE Women’s Tag Team Champions walked out of the company after creative differences back in May, and the two haven’t been seen on television since.

As recently reported, though, not too long after Vince McMahon stepped down and retired from WWE as Chairman and CEO, a new deal has reportedly been signed between WWE, Banks, and Naomi in hopes of bringing the two back to the sports entertainment giant. This move may be happening sooner than expected, as Sasha Banks was recently spotted sporting a new, colorful wig at a meet & greet in Chicago. The signature flecks of blue and green remain in her hair, but she’s now added other colors of the rainbow like yellow and red. 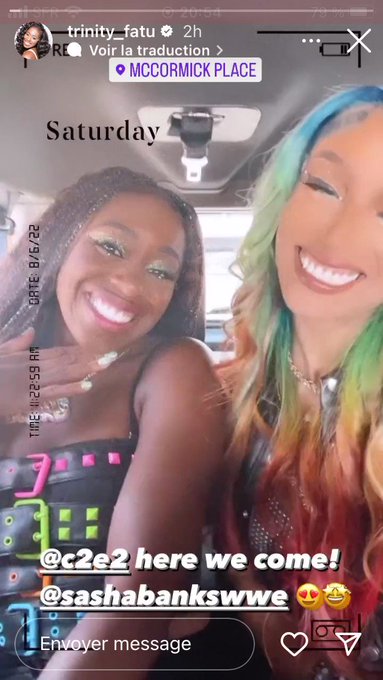 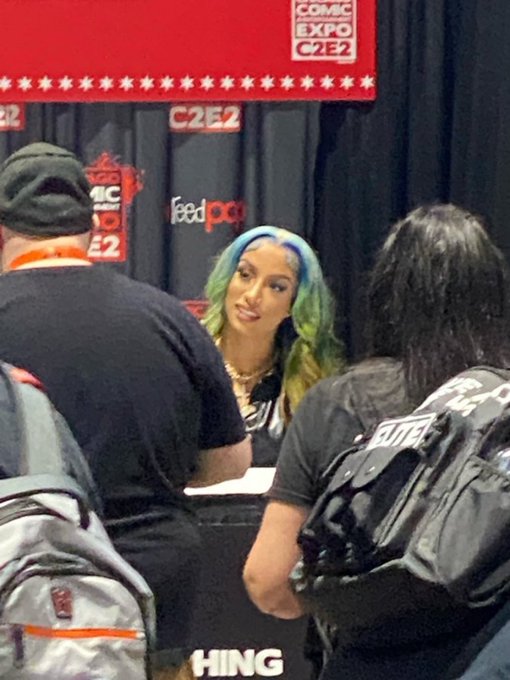 Not only that, but WWE also announced on this past Friday Night’s “Smackdown” that the previously announced WWE Women’s Tag Team Championship Tournament will finally take place. The tournament will be starting this coming up Monday on “Raw.”

Of course, the Women’s Tag Team Championships were the last titles Sasha Banks and Naomi held before walking out in May. In a fatal four-way tag team match, the duo won the titles on WrestleMania 38 Sunday. Banks and Naomi would go on to have not one but two successful defenses in the weeks following WrestleMania, against the teams of Liv Morgan and Rhea Ripley, then Natalya and Shayna Baszler.

Whether or not Sasha Banks and Naomi will return and be a part of the tournament is still unknown. We don’t even know anyone who will be in the tournament yet. The tournament was initially brought up when Naomi and Sasha walked out of the company, but after the whole Vince McMahon investigation and retirement, it was placed on the back burner and wasn’t officially put in place until this past “SmackDown.”

Have a news tip or correction? Send it to [email protected]