By Adrian Bishop For Mailonline

Unified world heavyweight champion Oleksandr Usyk once fainted during an extreme training exercise during his time as an amateur fighter.

Ahead of his triumph in the rematch with Anthony Joshua last month, Usyk’s trainer, Egis Klimas, credited the former undisputed cruiserweight king’s incredible in-ring cardio to his many hours spent in the swimming pool, even boasting that the Ukrainian can hold his breath for four minutes and forty seconds under water.

Using the pool as a training tool is not new to Usyk, however. The 35-year-old regularly used swimming training as a method to help develop his endurance during his time with the Ukrainian national amateur boxing team as a youth. 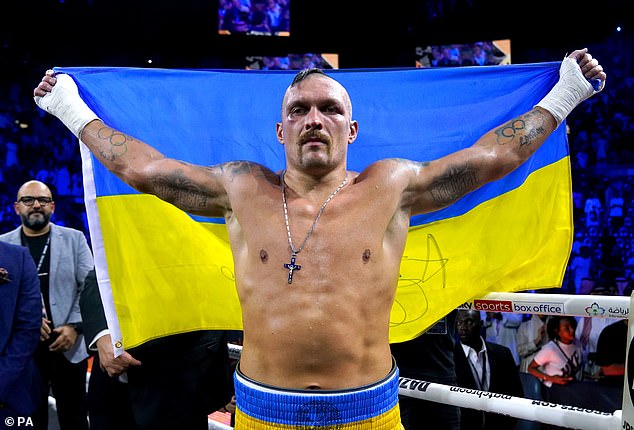 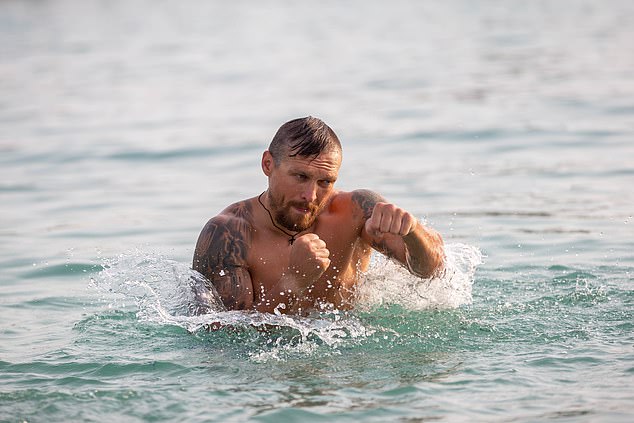 Speaking on his USYK 17 YouTube channel, the Ukrainian recalled a particularly harrowing experience where his teammates had to jump into the pool to rescue him after he had fainted underwater.

‘You’re swimming and suddenly you feel such a pain in your knee and you think you can’t go, you just can’t continue. A muscle is so tense and the pain is just unbearable. The pain is in your shoulder, your knee or even the tips of your mustache.

‘And you’re thinking, ‘Okay, I’m done, it’s better to stop and try next time.’ This means that you can’t stop – when you start to think like that it is the signal to continue.

‘You can’t give up. If you give up now, that’s what you’ll do when you’re fighting. It’s a breaking point which you’ll definitely reach during your fight. Every athlete knows what it is. No one can do anything ‘next time’, so you just don’t stop. 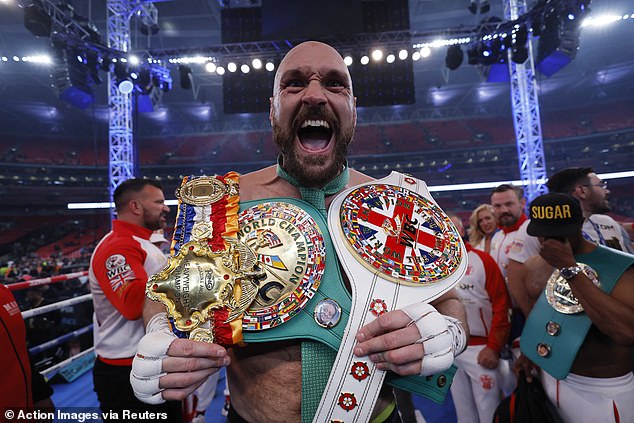 ‘You know I’m a bit crazy and so my coaches are carefully watching me. If I faint, they’ll rescue me. Once, holding my breath underwater, I fainted for a moment and was immediately taken from the pool.’

After defeating Joshua in August, Usyk was slated to take on fellow heavyweight title holder Tyson Fury, in a bout that would have determined the first undisputed heavyweight champion since Lennox Lewis.

However, with talks of a fight between Fury and Joshua intensifying it appears that the Ukrainian may have to wait for his opportunity to make history against the Gypsy King.