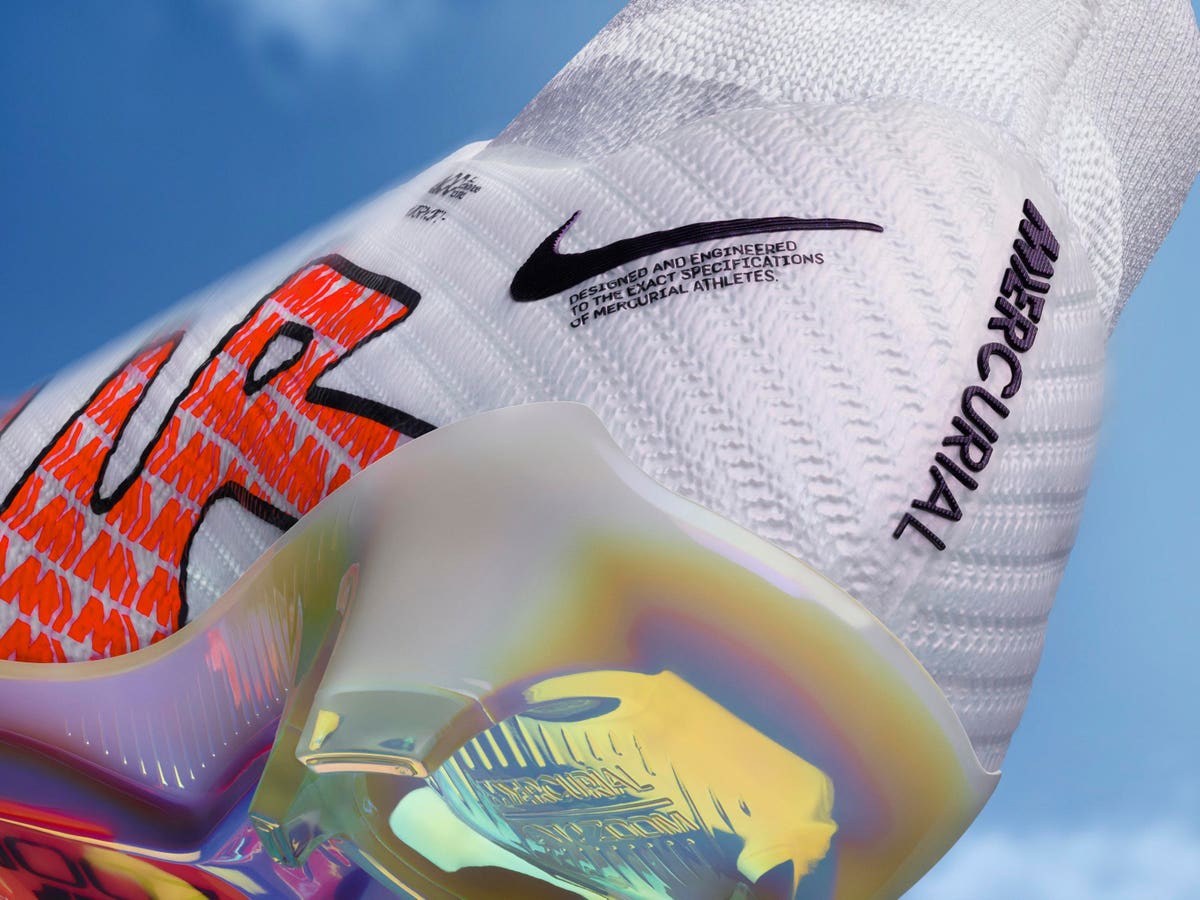 One of Nike’s most-famed soccer cleats, the Mercurial, takes a cushioned step forward with the 2022 release, adding soccer-specific Zoom Air for the first into the new design.

“We’ve been working on Zoom Air specific for football (soccer),” says Collin Eder, Nike senior director of global football footwear. “It is really, really thin. It packs a serious punch. This is going to keep them low to the ground and nice and agile.”

The soccer-specific creation for the 2022 Mercurial offers up a three-quarter length design to help with smooth transitions. It also features flex grooves so the product can articulate and work with the natural motions of the foot, Eder says.

In keeping with the lightweight tradition of the speed-focused silo — the new Mercurial comes in lighter than the previous version — the Zoom Air sits directly under the sock liner, allowing a close contact from the foot to the Zoom Air bag, which sits directly atop the Mercurial plate. Under the plate, Nike updated the stud design, dropping the chevron shape in lieu of a Tri-Star design.

“We can improve lateral quickness and lateral speed,” Eder says. “It allows us to be really fast north to south and plant the foot and explode even better on lateral cuts.”

“Being a Mercurial athlete, I’m always thinking about fast. I want to be faster than my opponent,” says French forward Kylian Mbappe.

Combined with the lightweight frame, minimal air bag and simplistic design, Nike says they’ve stripped out anything unnecessary. “We made it lighter and brought air into the boot,” Eder says.

Internal straps bonded to the upper help stabilize the foot. Ever since the 2014 launch of Flyknit in the Mercurial, it has proven a fan-favorite, so it remains in the 2022 version on the tongue and collar to help with adaptability and comfort. The Vaporposite + material on the upper with a Flyknit lining evolves with additional loft for less break-in time.

Ada Hegerberg, Norwegian soccer star, says the new Mercurial is both light and stable. “Finishing is not all about power, it’s all about technique, where you put your feet in terms of the ball,” she says. “Nike Air means power, speed and technique at the same time.”

To highlight the addition of Zoom Air, a large scripted “air” wordmark covers the medial side of the boot. The launch colorway features a white background with the wordmark in red. Nike has already announced its next two colorways. One offers a women’s-specific design for summer tournaments that blends green, orange and graphic details that features Latin phrase “move together.” A vibrant yellow design with hints of orange and purple debuts for the start of the European club season in late summer and expect another colorway in November for the World Cup 2022.