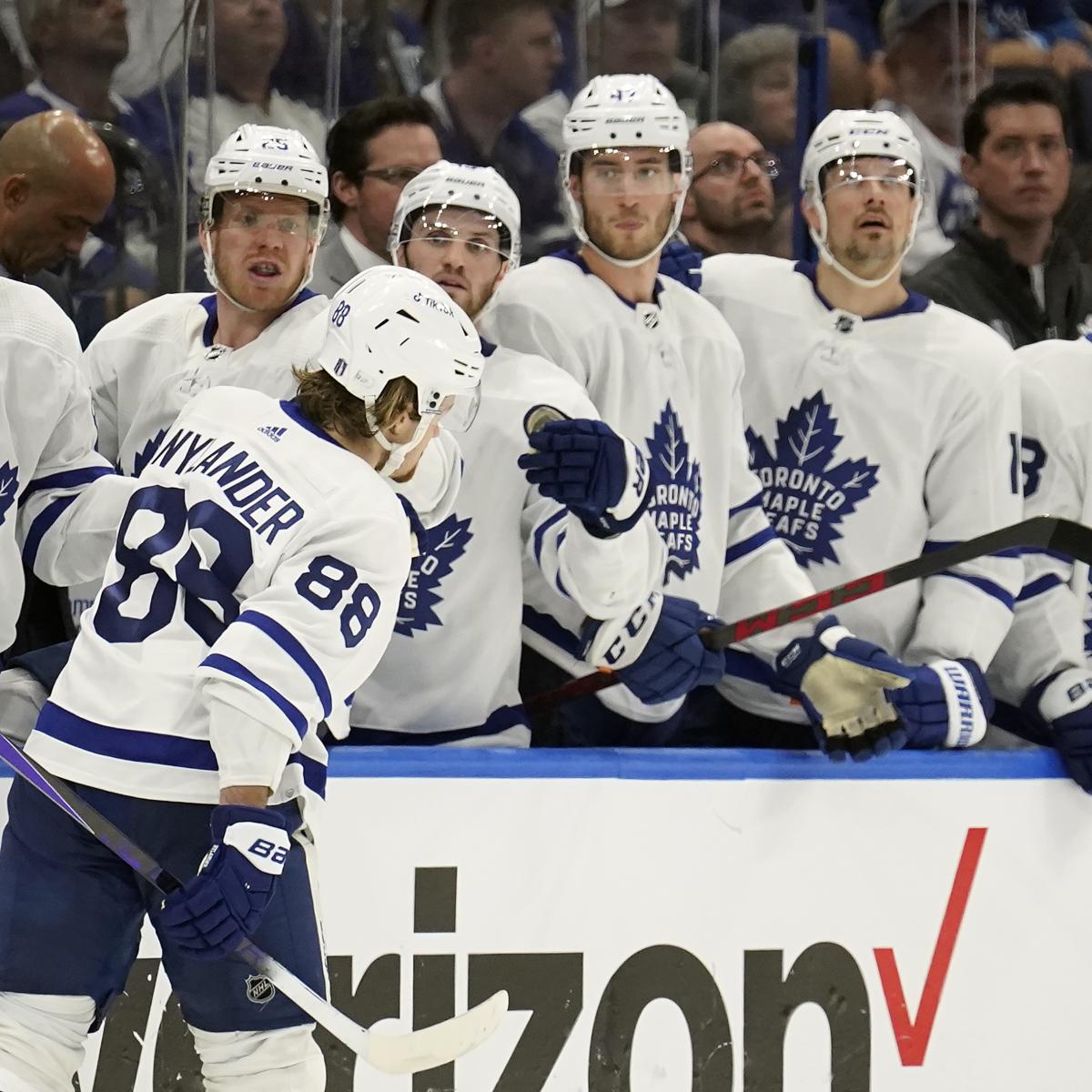 The Hurricanes bounced back to beat the Boston Bruins 5-1 on Tuesday night to go up 3-2 in the series thanks to the roar of their fans at the PNC Arena, which has been dubbed the “loudest house in the NHL.”

Vladimir Tarasenko’s third-period hat trick helped St. Louis get its second win in a row over the Minnesota Wild on Tuesday night.

It only took Adrian Kempe 72 seconds in overtime to drive to the net past Duncan Keith and Mike Smith to score the game-winner over the Edmonton Oilers in Game 5.

LA is now riding the momentum of a two-game winning streak, hoping to close out Edmonton on Thursday night.

The Blues and Kings are playing on their home ice, so they’ll have their fans to help try to boost them into the next round, while Toronto and Carolina will have to contend with hostile crowds to get the wins on the road needed to eliminate Tampa Bay and Boston, respectively.

The Toronto Maple Leafs came back from an early deficit to beat the Tampa Bay Lightning 4-3 at home in Game 5 on Tuesday night to go up 3-2 in the series.

If the Maple Leafs can find a way to win Game 6, they’ll not only eliminate the reigning Stanley Cup champs in the first round, but they’ll also win a playoff series for the first time since 2004.

A win Thursday night will also keep veterans forwards Jason Spezza and Wayne Simmonds in the hunt for their first Stanley Cup and Toronto’s first title in 55 years.

“I’ve been a Leaf fan my whole life, and I grew up watching this team play,” Toronto rookie Michael Bunting told Dave McCarthy of NHL.com on Wednesday. “We’ve got great fans in this city, diehard fans, and I’m sure it would mean a lot to them if we were able to close this out.

“Believe us, we want to do that, and we’re going to do everything we can to make that possible.”

The Leafs’ long-suffering fans shouldn’t get overly confident, though, as their team has been bounced in seven straight playoff series after having had chances to advance.

Toronto has scored 20 goals in the series, so it will likely continue to rely on its offense to help propel it to the closeout win.

It will have its hands full, though, as Tampa Bay will be out to rebound from the Game 5 collapse and will be in front of a home crowd.

Look for Game 6 to be a must-watch game for fans of each team and overall hockey fans, too.

If the Los Angeles Kings win Game 6 after losing Game 2 6-0 and Game 3 8-2 to the Edmonton Oilers, it will achieve quite the comeback to win the series.

It won’t be as spectacular as the Miracle on Manchester, but it will invoke the same kind of defeated feeling in longstanding Edmonton fans, albeit on a lower scale.

As Oiler fans know, the Miracle on Manchester happened back in 1982, when their Wayne Gretzky-led team was the heavy favorite over the LA Kings.

In Game 3 of a best-of-five series, the Kings pulled off the biggest comeback in NHL playoff history, coming back from being down 5-0 to winning 6-5 in overtime at The Forum on Manchester Boulevard.

LA went on to eliminate Edmonton 3-2 to move on to the second round of the Stanley Cup playoffs.

This time around, the Kings will be at home at Crypto.com Arena, with the chance to bounce the Oilers again.

And while it would be tough to beat Adrian Kempe’s thrilling OT winner on Tuesday night, if they win Game 6, their home crowd will be elated since their team hasn’t advanced past the first round of the postseason since winning the Cup in 2014.

As for Edmonton, if it loses on Thursday night, it will be another letdown after missing the playoffs 12 times since losing the Stanley Cup Final in 2006.