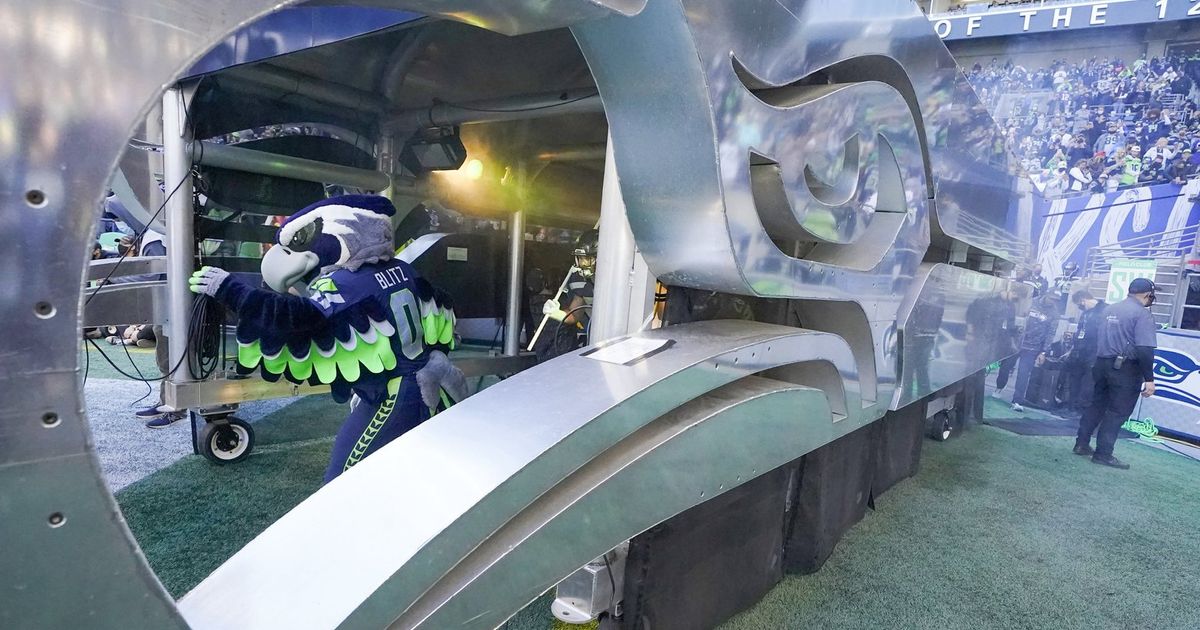 The feat of promotional sleight of hand is done by the NFL regarding its scheduling rollout Thursday once again leaves me in awe.

Somehow, they have managed to take a slate of 17 games for which the opponent and even the site was already known, and fostered a feverish anticipation for its revelation on the date. In other words, we had known for weeks the “who” and the “where,” yet they created a daylong event, capital E, out of the “when. “

On a day in which the NBA and NHL featured crucial playoff games, and the MLB had almost a full slate of action, the focus of most of the sports world was learning the order of pre-determined games. If you wonder why the NFL is the No. 1 American sport with a bullet, here is an essential illustration of their genius in meting out its news in such a fashion as to sustain interest in virtually every month of the year.

The date of the Broncos-Seahawks game was probably the marquee reveal leaguewide Thursday, as everyone around the NFL wanted to know when Drew Lock would face his old team. The hype and mystique over that reunion is already off the charts.

Pardon me – I’m being told that Lock might not even start quarterback for the Seahawks in 2022. Apparently, there is another angle to the game that warrants attention – Russell Wilson making his long-anticipated return to Seattle (if you consider two. months since his trade to Denver qualifies as a long time).

There were enough leaks throughout the day to make the official announcement at 3 pm anti-climactic. By then, it was fairly common knowledge that the Seahawks and Broncos would square off at Lumen Field on Monday Night Football in Week 1, Sept. 12. This is the Seahawks’ first prime-time opener since they played in the Packers in 2014 and just the second in team history.

It’s a satisfying tableau for a season in transition in Seattle. Rather than having the intrigue of Wilson’s pending return linger for possibly weeks or even months, it will be resolved immediately. Of course, we are now precisely four months before The season will stoke to hype, during which time every corner of Wilson’s departure and potential reception will be explored, ad nauseam.

It was an astute move by the league to get the game out of the way early, beyond just being a compelling matchup that would draw millions of eyes to the broadcast. After all, everyone loves the storyline of “the franchise icon who left town for the first time.” That proved last year when Tom Brady went back to New England to face Bill Belichick and the Patriots, amid intense, over-the-top scrutiny. The most recent local example of this phenomenon occurred in 2007, when Ken Griffey Jr. made his first return to Seattle while a member of the Cincinnati Reds (and received a rapturous reception).

But by putting the Seahawks-Broncos out of the jump, the league avoids two potential pitfalls. The first that the more weeks go by, the greater the probability that Wilson may be injured and missed, thus negating the primary lure. Yes, Wilson has been an iron man, missing just three games in his 10-year career. But all of that happened last year as a result of a finger injury. Better to raise the odds of a healthy Wilson by playing in Week 1.

Probably the greater import from the league’s point of view is the risk of mitigation that one or both teams could, well, suck this year. The Seahawks, after all, were 7-10 last year and sent their franchise quarterback to Denver. The Broncos also went 7-10 and are counting on the franchise quarterback to turn around their fortunes, but that is no guarantee.

By midseason, one or both of those teams may have had their hopes and dreams already dashed, reducing the allure of this game exponentially. But in the season opener, everyone is undefeated, everyone is a potential champion, and every story line has an empty page ready to be written on.

Will Wilson be booed or cheered? Will Seattle fete him with some sort of tribute to his vast contributions to the Seahawks? Will Wilson and Pete Carroll embrace? Will Wilson’s style of play be demonstrably different with a new organization and coaching staff behind a new offensive line? Will he rise to the moment and show the Seahawks what they could have? Will Lock, who the Seahawks believe has more to offer than he showed in Denver, made his own statement (provided he beats out Geno Smith and any other late-arriving QBs for the starting job)? Are the Seahawks about to embark on a painful rebuilding season, or will they be showing signs of exceeding those expectations?

All that and more will be on the docket Sept. 12. The rest of the schedule was far less intriguing. We already knew the Seahawks would be facing Brady and the Bucs in Munich on November. 13. We learned that their other major reunion, with linebacker Bobby Wagner, won’t take place until Week 13, when the Seahawks play in the Rams in Los Angeles, Dec. 4. Wagner’s return to Seattle will happen in Week 18, the final regular-season game of the year on either Jan 7 or 8.

The Seahawks have just one other prime-time matchup (Thursday, Dec. 15, vs. San Francisco), an indication that the league is not bullish on Seattle’s curb appeal. The Seahawks’ other game with San Francisco is Week 2 in Santa Clara, while the other two games with their NFC foe, the Arizona Cardinals, will take place Oct. 6 (at home) and Nov. 6 (at Arizona).

So now we know the who, when and where of the Seahawks’ 2022 season. All that remains is the “how” – the best part of all, because it happens on the field, beyond the reach of the NFL hype machine.

lstone@seattletimes.com; on Twitter: @StoneLarryGeneral Chat Chat Lounge Larry Stone calls upon more than 30 years as a sportswriter to offer insight, wisdom, opinion, analysis – and hopefully some humor – regarding the wider world of sports. Topics include the thrill of victory, the agony of defeat, and, especially, the people responsible for either outcome, as well as between the wide chasm.