Los Angeles Angels tie a major league record with SEVEN solo homers – including two by star Shohei Ohtani – but they become the first team to hit that many and score no other runs… and then go on to LOSE 8-7 to AL- worst Oakland!

The Angels are the first team in the majors to hit seven solo homers and score no other runs in a game. They’re also the sixth team to hit seven homers and lose, according to STATS.

Ramon Laureano homered and drove in four runs, and Seth Brown had a two-run shot during a six-run third inning for AL-worst Oakland. Sean Murphy also drove in two runs for the Athletics, who took the final two games of the series and have won six of their last nine. 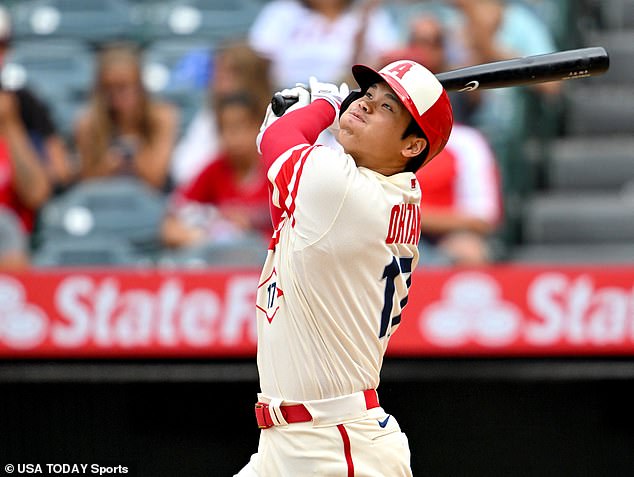 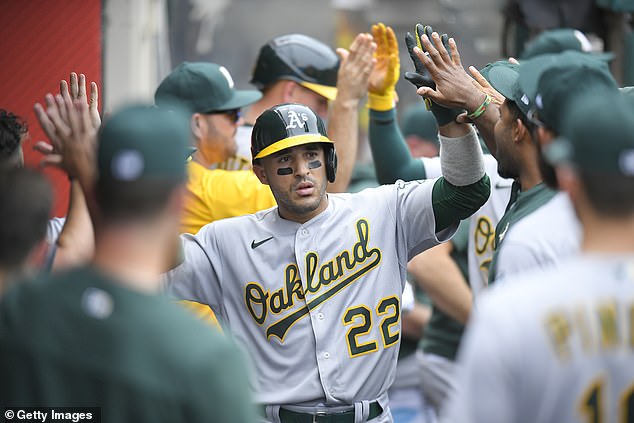 Ohtani left Wednesday night’s game due to a left forearm cramp, but he bounced back with three hits and two RBIs. It was his 11th multihomer game in the majors and fifth this season.

Mickey Moriak – acquired from Philadelphia on Tuesday as part of the Noah Syndergaard trade – homered to right with one out in the ninth to get the Angels within a run. Max Stassi drew a walk but Taylor Ward struck out and AJ Puk got Ohtani to fly out to short on the first pitch for his third save. 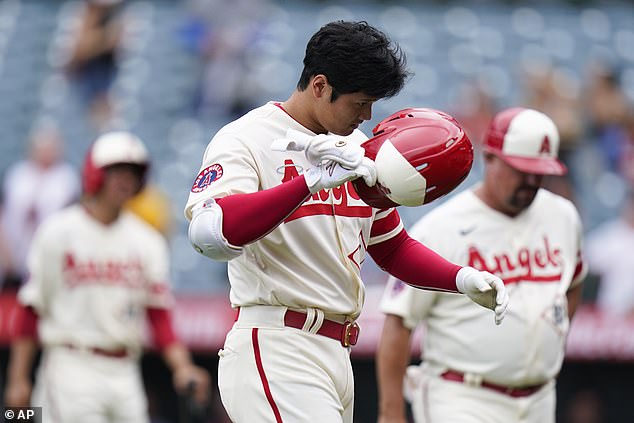 Los Angeles led 2-0 after two innings on shots by Ohtani and Suzuki before Oakland broke it open in the third against Halos starter Janson Junk (1-1).

The Athletics sent 11 to the plate in the inning and scored six runs. Laureano tied it at 2 on a one-out double with the bases loaded before Murphy’s double into the left-center gap gave them the lead. Brown then chased Junk by driving a first-pitch curveball into the elevated seats in right-center to make it 6-2.

Junk threw five scoreless innings in his last start July 27 at Kansas City. The right-hander didn’t have the same success this time, with six runs allowed on five hits and two strikeouts.

Laureano extended Oakland’s lead to 8-3 in the fourth when he connected on an elevated sinker by Touki Toussaint for a two-run homer to center.

Blackburn went five innings and was charged with four runs on six hits. The All-Star righty struck out three. Walsh went deep in the sixth and Ohtani in the seventh to make it 8-6. 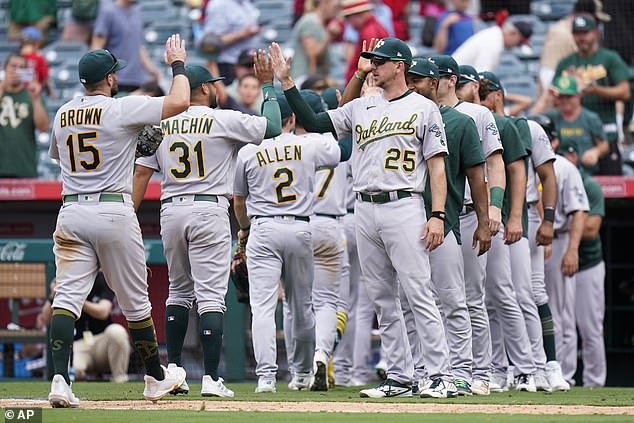