Game four is upon us in Tampa Bay as the two-time back-to-back Stanley Cup Champions in the Lightning play host to the Toronto Maple Leafs tonight. The series is currently 2-1 in favor of the Maple Leafs but the Lightning aren’t rolling over and dying just yet, they’re fighting for a three-peat win for another Cup. Who will get one step closer to glory tonight? It’s time to continue our NHL odds series with a Maple Leafs-Lightning prediction and pick.

Here are the Maple Leafs-Lightning NHL Odds, Courtesy of FanDuel

Why The Maple Leafs Can Cover The Spread / Win

The Toronto Maple Leafs won both games one and three in this series as they hope to take a commanding 3-1 series lead tonight. The Leafs have been in the mindset of “a good defense is a better offense” but when they can not score goals, it comes back to haunt them. Fortunately for them, they’ve been scoring goals – and a lot of them. They’ve scored 3.8 goals per game so far in the first round. But their defense has stepped up too, especially goaltender Jack Campbell who came back from injury just at the right time. He has a .924 save percentage in the first round so far with a shutout in game one. He’ll look to get another start tonight as the Leafs want to go up by two games on the reigning two-time defending Stanley Cup Champions.

Why The Lightning Can Cover The Spread / Win

The Tampa Bay Lightning won game two in Toronto and are looking to even up the series with a game four win on home ice tonight to build the momentum before heading back to Canada for game five. Even though they’re trailing in the series, the Bots have looked really good offensively. Their defense, on the other hand, not so much, allowing 13 goals in the first three games. They keep allowing the Leafs to walk right in and take open shots on goal, which will never pan out in their favor. Speaking of which, superstar goaltender Andrei Vasilevskiy will of course get another start tonight even though he’s been struggling with a .890 save percentage in the first round. Fortunately, the Bolts are still in their own barn for game four and have a real chance at tying up this series.

This series has the makings of going to a game seven, no doubt. This is an incredible matchup and either way, the winning team is going to walk out of this with a smile on their face. Of course, the Leafs are looking good, they’ll want to keep the pressure on against the Bolts while the Lightning need to generate better offense through their defense. Luckily for Bolts fans, Vasilevskiy hasn’t lost back-to-back playoff games in over 2 years. There’s no way they’re letting this one get away from them and losing the streak.

I’m sticking with the trend, so give me the Lightning in this game. I like their chances at home tonight and I like the idea of ​​this game heading to seven games. The only way to do that to happen is for the Bolts to get a win right now. If the Leafs win and they head back to Toronto with a 3-1 lead, look out, they’ll be looking to close out the series on home ice. 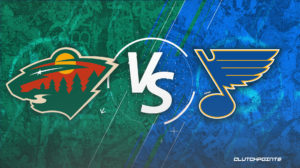