The Los Alamos Youth Soccer League (LAYSL) 05/06/07 Pumas were crowned Champions of the Boys U-17 age group at the 2022 Durango Shootout Tournament. The 27th Annual Durango Shootout was held May 20-22.

In the Pumas first game, they faced stiff competition from the NM Rush Academy II team out of Albuquerque. Solid defending and excellent goaltending kept the game scoreless in the first half. Rush had several shots on goal as did the Pumas.

The first goal of the game came in the second half by Rush from the top of the 18. The Pumas first goal came on a chip shot finessed just over the goalie’s head by Jackson Boone towards the end of the second half. In the waning seconds of the game, Lorenzo Delzano kicked a sinking long ball from 35 yards that sunk into the back of the net despite a great effort by the Rush goalie.

The Pumas next faced Pride SC United out of Colorado Springs, Colorado. Exceptional defensive play by Brodie Miller and Mason Gill kept the game scoreless until Pride made a goal from strike at 30 yards that just made it into the top of the net. The Pumas got it back in the second half off a header by Alex Livescu that slipped through the goalies’ hands. Jayden Ramirez had the assist. The Pumas pulled out the win again in the last second of the game with a free kick by Jackson Boone that bounced out of the goalies’ hands and sunk into the back of the net by Cohen McKown.

The Pumas third game was against FC Real from Farmington. Despite multiple shots, especially late in the game, from both sides, the hard-fought game ended in a tie 0: 0.

The Pumas’ final match was against the Durango United Rio Rapids team. Stephen Boone came out strong with a goal in the 12th second of the game assisted by Lorenzo Delzano. The Pumas followed up the goal by shelling the goalie with shots by Shiv Antar Khalsa, Stephen Boone, Alex Livescu and Esteban Wright. The Pumas’ clean sheet was due to saves by Langenbrunner and one by Eric Fulmer.

Each player contributed to the success of the team and maintained disciplined play and teamwork throughout the tournament. The players showed incredible heart and resilience, coming back late in the first two games to win. The Pumas front line was anchored by the aggressive and quick pace of Alex Livescu (C), Stephen Boone, Lorenzo Delzano, Shiv Antar Khalsa, and Cohen McKown who each saw many opportunities to score in each game.

Each player intends to return to the pitch this fall for Los Alamos High School. The future of boys’ soccer in Los Alamos is bright! 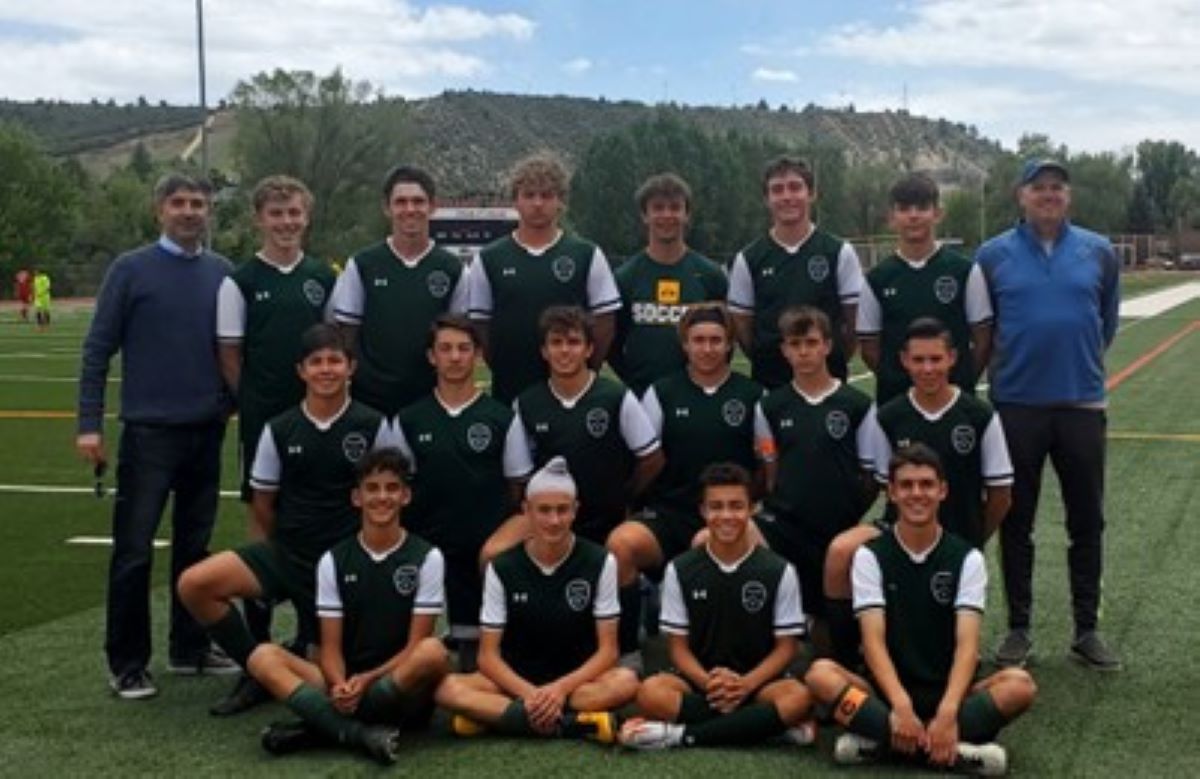