Liverpool assistant manager Pep Lijnders believes the introduction of five substitutes in the Premier League this season has “saved football.”

The number of substitutions was temporarily increased from three when football resumed amid the coronavirus pandemic in the summer of 2020.

The International Football Association Board agreed to permanently keep that rule in place last October, but the Premier League reverted back to three changes per game for the past two seasons.

However, top-flight clubs agreed earlier this year to allow five substitutes from the start of the 2022/23 campaign – news welcomed by Liverpool assistant Lijnders.

“The big thing this season and I think the most decisive aspect of this season will be how teams use the five subs because that will massively change the Premier League,” he told the PA news agency.

“We’re really happy with that because it means that we can play intensely from minute one until minute 95 – [then it is] how to use the squad, how to deal that we play every three days.

“I think the rule saved football, in my opinion, because if you want to play every three days, this was one of the must haves.

“I’m really happy that the Premier League saw that, that the clubs saw it but I think as well it is a weapon.” 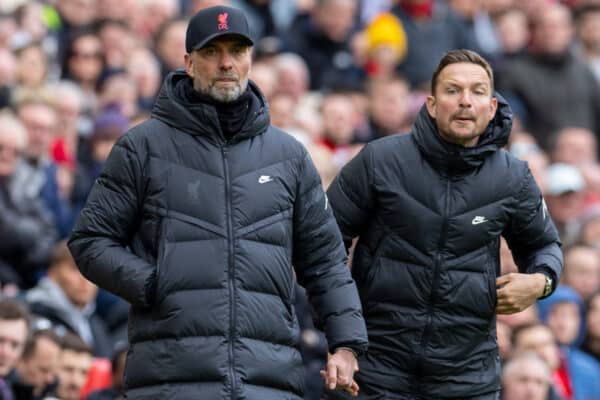 Liverpool boss Jurgen Klopp and Manchester City manager Pep Guardiola were both critics of not adopting the changes for the last domestic league campaign when it was allowed in European competitions as well as for England’s domestic cup fixtures.

The changes come into place for a season unlike any other, with the World Cup slotted midway through the campaign in Qatar.

It is a challenging dynamic that Lijnders wrote about in his new book ‘Intensity’ – the inside story of how Liverpool’s 2021/22 campaign unfolded.

“In the book, it will explain really well how busy we were three quarters of a year ago, how we were already planning this season in terms of where do we go, what do we want,” the Reds assistant said.

“We decided to go to Dubai. It’s close [to Qatar] so players can come back quickly, so they can prepare quickly with the team again, and it gives us real time to prepare for the second sprint of the season.”