Look for starting lineups, in-game key updates and highlights to be posted here.

16 ′ – Another pinpoint cross from Dossantos on the left side – and Dikwa’s header just misses left of post.

9 ′ – Dixon breaks free to the right side of the box, where he delivers a left footed shot that is saved, then Griffin almost puts one-time shot wide.

Playing up higher in formation – Griffin gets the ball at the end of the cross from the left side (from Dossantos?), Turns and buries his shot! 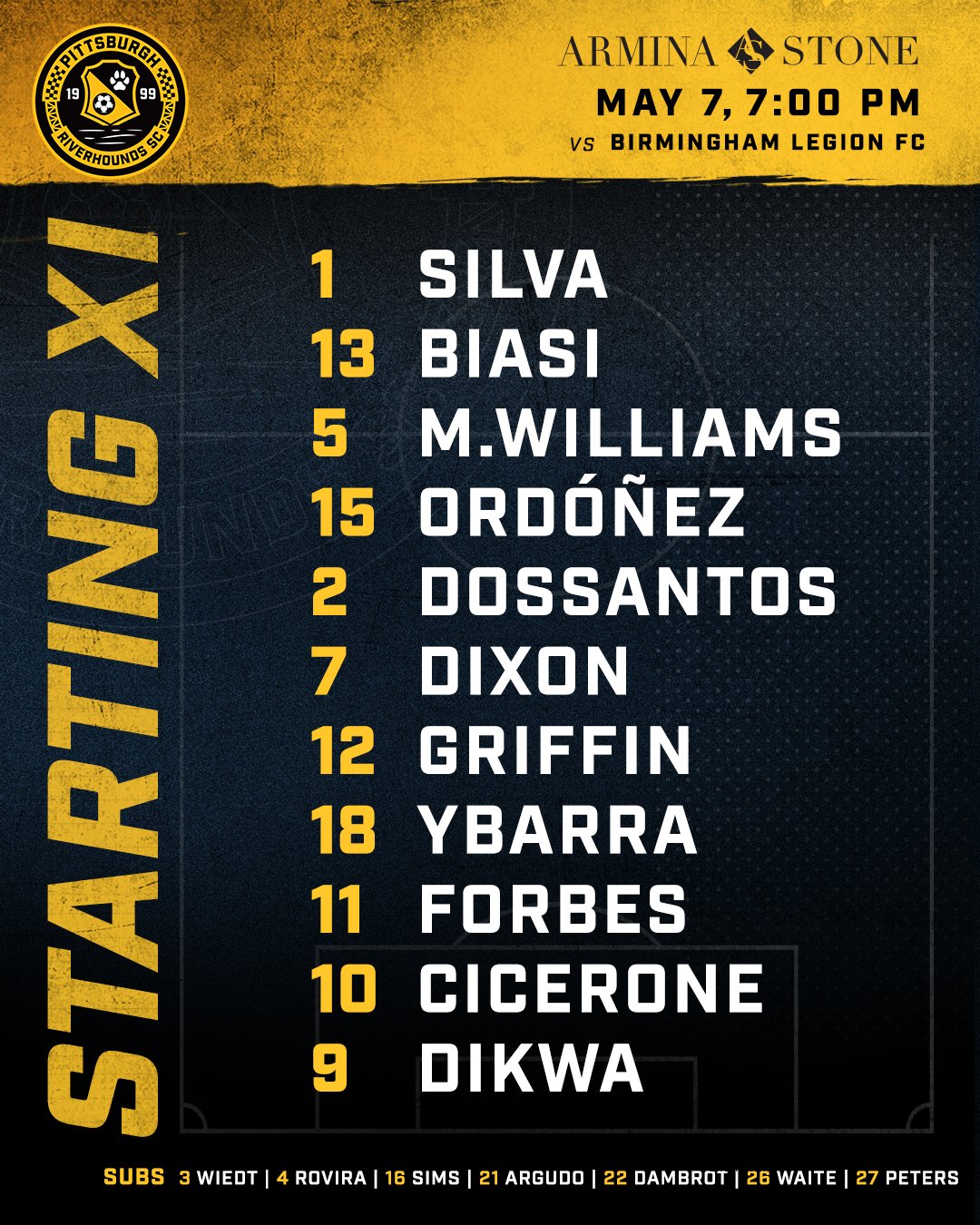 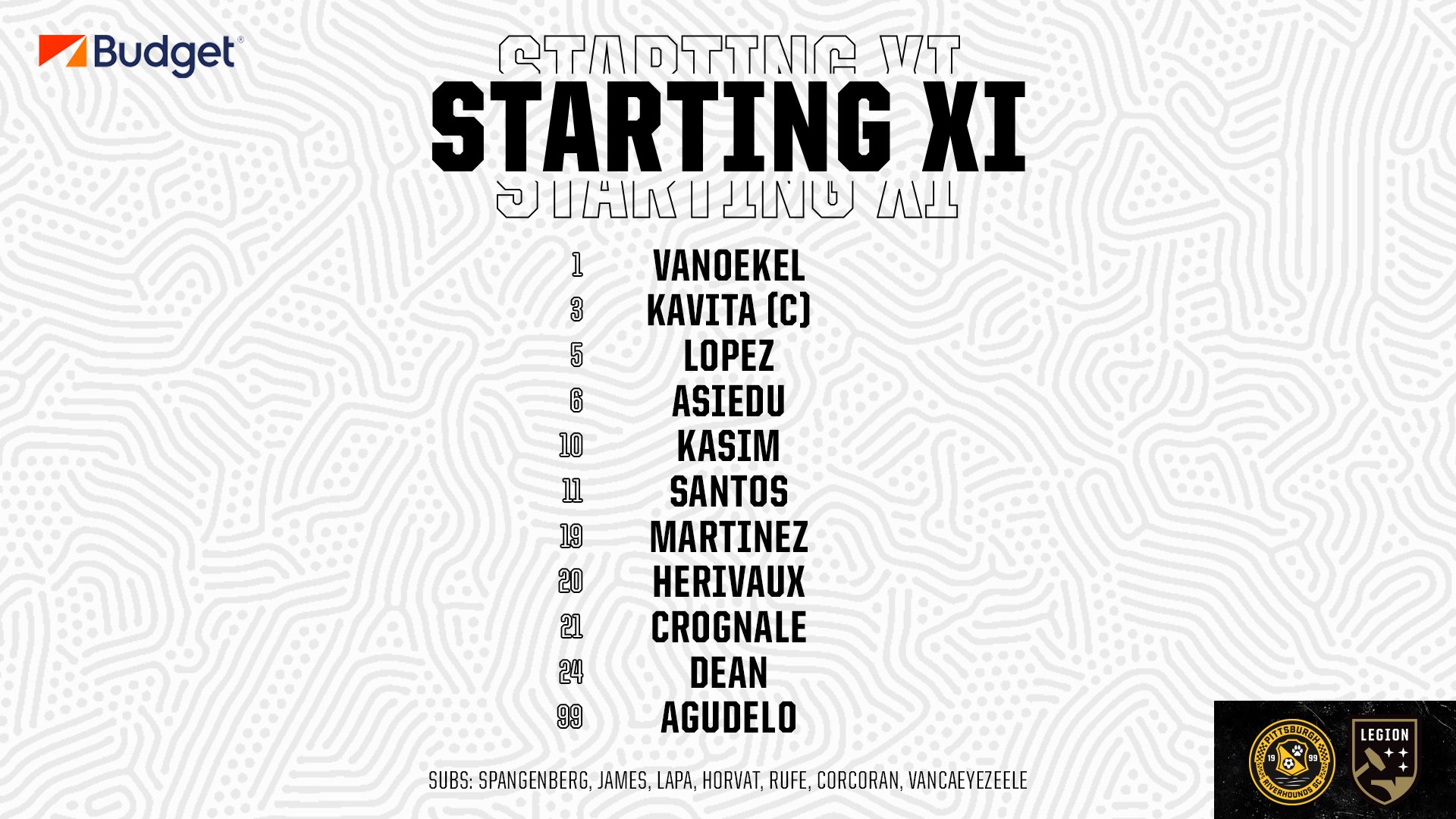 The boys are back at Highmark, ready to face off against Birmingham and some former teammates.

It could be a little wet. We’ll need to make it a little loud. Let’s keep the Hounds perfect at home this season.#UNLEASH

Tonight @bhmlegion faces off against an old rival in @RiverhoundsSC . Personally, I am still recovering from the 4 goals that @necobrettj scored back in 2019 infamous “night that killed the Magic” playoff game in the rain.

John Krysinsky has covered soccer and other sports for many years for various publications and media outlets. He is also author of ‘Miracle on the Mon’ – a book about the Pittsburgh Riverhounds SC, which chronicles the club, particularly the early years of Highmark Stadium with the narrative leading up to and centered around a remarkable match that helped provide a spark for the franchise. John has covered sports for Pittsburgh Tribune-Review, DK Pittsburgh Sports, Pittsburgh Sports Report, has served as color commentator on Pittsburgh Riverhounds SC broadcasts, and worked with OPTA Stats and broadcast teams for US Open Cup and International Champions Cup matches held in the US . Krysinsky also served as the Head Men’s Soccer Coach at his alma mater, Point Park University, where he led the Pioneers to the first-ever winning seasons and playoff berths (1996-98); head coach of North Catholic boys (2007-08), associate head coach of Shady Side Academy boys (2009-2014).