He will undoubtedly be a top-10 pick in the upcoming NHL Draft, but it’s safe to say that Joakim Kemell hasn’t quite reached his ceiling just yet. The development in his game has shown inconsistencies in multiple areas from his ability to use his stick on the forecheck to his defensive zone coverage. Still, the possibility of growth makes him a coveted prospect for a number of NHL clubs picking in that eight to 12 range.

As for what he brings, his stick handling and shot might be his strongest attributes. He has the ability to get creative with the puck which often helps him beat defenders on the rush and create opportunities of said rushes. As for his shot – simply put – it’s hard and it’s accurate. Whether it’s a blistering wrister or a one-timer in tight, Kemell could have one of the top three shots amongst the top-10 prospects in this year’s draft.

Now, keeping in mind his size, physicality is not quite one of his strong suits. That’s why we see him trying to stick check more often then laying the body. This goes for both ends of the ice, where Kemell has relied heavily on trying to poke check pucks from defenders sticks rather then engage physically. While that might be one of his shortcomings as a player – especially in his defensive zone – it certainly is not something that will steer teams away from taking the young Finn.

Let’s not forget, however, that this is an 18-year-old playing alongside older competition. All things considered, he put up 15 goals and and 23 points in just 39 games with JYP in the Liiga. And while his minus-13 rating can be telling of his defensive play, it should be stated that JYP was not the strongest Liiga club this season. In fact, only SaiPa and finishedssät finished with a few points in the standings.

The skill level that Kemell plays with is one of natural talent. The holes in his game can be fixed or, at the very least, developed to become less of an issue when he’s on the ice. Considering what he can provide teams with, along with a potential power play option, Kemell will end up being a top-10 pick and given the right development, he’ll be an interesting prospect to keep an eye on over the next couple of seasons .

From most of the scouts out there, it is clear that Kemell will be an early first-round pick. Some see him dropping just outside the top-10, while others have him ranked as high up as third, leveling out in the five to seven range. Either way, to see Kemell drop outside of the first 10 picks would be a surprise to many as he has the scoring ability that could rival a number of the top prospects in this year draft.

“It’s a pretty decent comparable when it comes to prospects in recent memory. Many of the same issues (shoots from low danger, low engagement at times) plague Kemell as they did Holtz, I think Holtz shot was better overall though. ” – Tony Ferrari, The Hockey News

Joakim Kemell has received a lot of attention for his offensive abilities, and rightfully so, but he also likes to throw his weight around. Keep in mind that he is a teenager playing in one of the top professional leagues in the world. # 2022NHLDraft https://t.co/wdRxNVJuCG 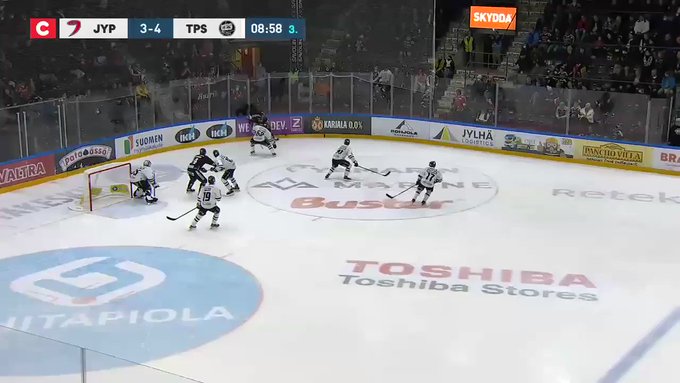 “He is an active stick forechecker as he looks to force quick decisions with the puck by extending his stick blade out. Kemell likes to swing his stick at the puck like a golf club if he knows he’s clearly out-beaten when on the forecheck, but still tries to make contact with the puck. If Kemell can work on acceleration, he could be a stronger active stick forechecker, but his speed holds him back. ” – Josh Tessler, Smaht Scouting

Under Construction – Improvements to Make

Kemell has some holes in his game that need to develop further if he’s to be an impact player at the NHL level. His offensive game is one that should impress most scouts, but it’s the consistency that could play against him at times. Right out of the gate, don’t be surprised to see him as a middle-six when he does crack an NHL lineup. But the skill level is there to become an impactful player for any NHL club, given the time to fill in the gaps in his play.

While Kemell’s trophy case does have some accomplishments from his U16 year, in 2021-22, he finished with the most goals by a Liiga rookie (15), was awarded the Player of the Month title in October in the Liiga and was a member of the U18 World Junior team that took home the bronze medal – also earning honors as a top-three player on that team. It’s safe to say he should have a bright future following his draft.

Andrew is in his 8th year reporting for The Hockey Writers covering the Toronto Maple Leafs. He started his broadcasting with CBC’s Hockey Night in Canada team as well as being part of their coverage of the 2014 Winter Olympic Games in Sochi. He’s the former play-by-play voice of the London Jr. Knights for Rogers TV and currently hosts the Sticks in the 6ix podcast. You can follow him on Twitter at @AndrewGForbes.