There will be some interesting and potentially difficult conversations held at City of Derry Golf Club over the coming months as the campaign for the ‘One Club’ Golf Model gains momentum.

In line with the centenary celebrations of the Ladies Branch, the Prehen club is proposing a new single membership scheme which will ensure equal access to the course for both women and men, which could change the very foundations of the club in the coming years.

In terms of equality for men and women, golf is still falling behind, even in 2022. At present, the ladies are associate members only, while men are full members, with restrictions on playing times and voting rights still in place.

From the top down however, things have been slowly changing, beginning with the amalgamation of the Irish Ladies Golfing Union and the Golf Union of Ireland into Golf Ireland, which is now encouraging clubs to follow that same model and bring equal rights into golf clubs.

It is not a demand, but rather a suggestion, but it is forcing clubs to have the conversation. For those in positions of influence at City of Derry, it is being welcomed whole-heartedly.

Kathy Jackson, Ladies captain, believes the time is right for change, “I think the younger generation of women don’t appreciate the separation of the branches, the men’s branch and the ladies’ branch, and the privilege that goes with being a full member,” she explains.

“The inequality in terms of participation of women in golf doesn’t sit well with me. Not everyone will welcome the One Club golf model, both men and women.

“If your governing body is one structure, it just follows that every club should be that way. But there’s a lot of things to be teased out and it will take about two years for the process to come through.”

Significantly, perhaps, the ‘One Club’ model is being supported and driven on by both the Men’s Captain Artie O’Hara, and Vice-Captain Kevin Doherty, but even they admit that they are expecting some resistance to the idea.

“There’s no compulsion on it – there’s the matter of clubs deciding individually whether they want to go down that route at this time or not,” Artie explains. “But the council at City of Derry felt that this was a progressive move and that we should move in that direction.

“We’ve had some preliminary discussions to look at the challenges we will face over the coming period of time in terms of trying to introduce that. There are some issues that are going to be quite a challenge in terms of people’s attitude and approaches that are perhaps a little stuck in the past.

We recognize that it’s not a single event, that this is a process whereby over the next 18 months, perhaps even longer, we’ll see, we will have to work towards getting our members to really buy into the idea.”

The process is still at a very early stage, but the foundation is already in place from which a more inclusive future can be built upon.

“I think there’s a general enthusiasm,” Kevin adds. “I expect there will be some skepticism as time goes on. I think with any new initiative you’ll find that. I think, from our point of view, it’s about having that open and transparent conversation about moving forward so that skepticism can be eliminated. It’s all a part of opening up the discussion, but from the club’s point of view it’s making it open that we can have that in a very friendly and constructive manner rather than a confrontational manner because those days are gone.”

As well as the centenary celebrations at the club, there has also been the ‘Get into Golf’ program for women, and as much as equality remains an issue, it is just as important that the game of golf becomes more attractive to everyone, and not just elite.

“I think we’re hopeful that we will achieve that and we will arrive at a point in the not-too-distant future where golf will be seen as a more equality-driven game, and that there are less of the distinctions that might have been there in the past, not just with regards men and women, but with regard to other ethnic groups,” Artie continues. 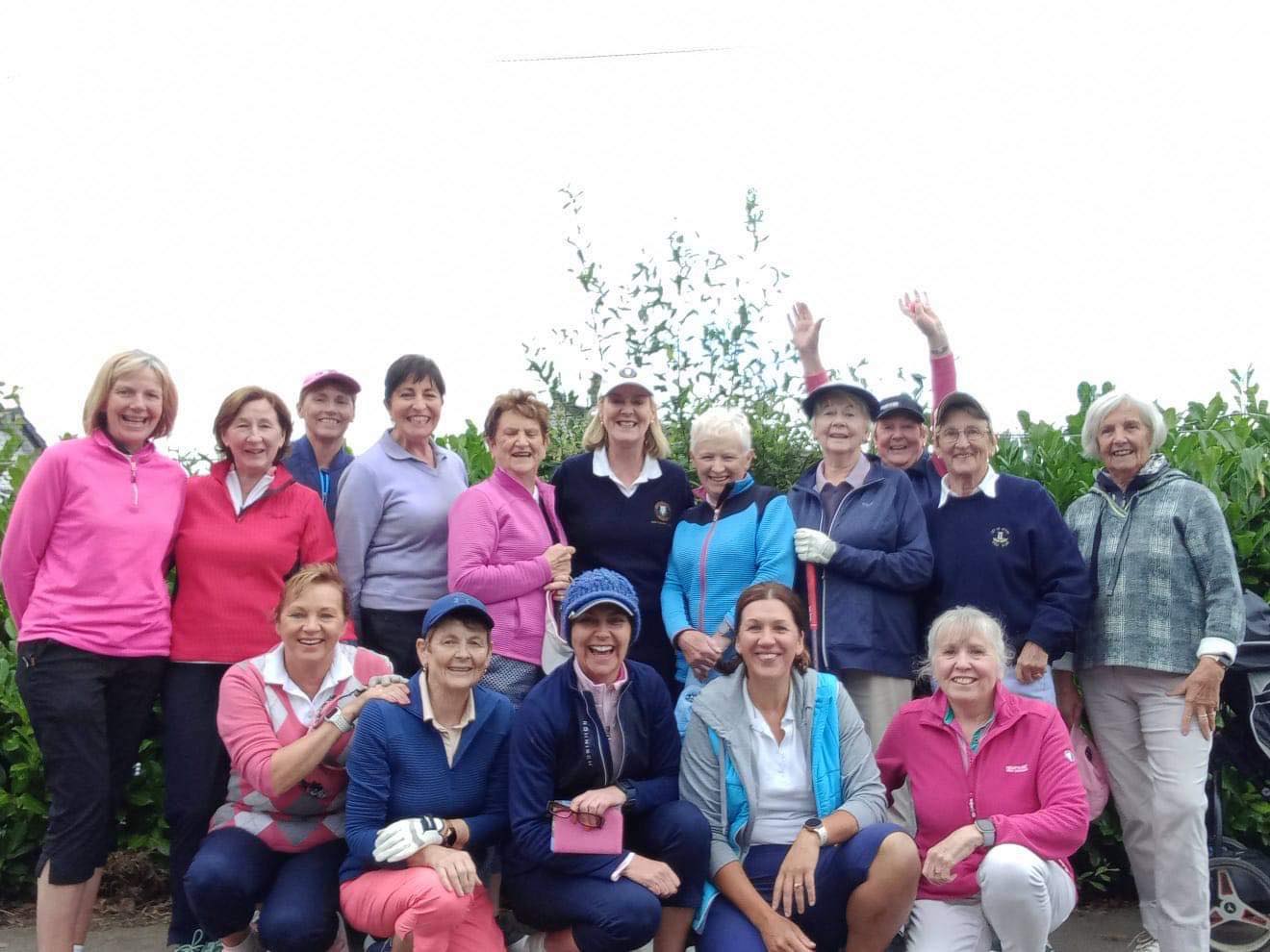 The City of Derry Ladies at their recent outing to Kilrea. The ladies are celebrating their centenary year whilst also throwing their support behind the ‘One Club’ Model, which would bring more equality to the game at Prehen club.

“It’s about trying to promote the idea that golf is a game for all and that we move away from what might have been a very traditional view of it being an upper middle-class game for people who like to socialise.

“We would like to see a situation where everybody would feel comfortable in beginning to play golf and perhaps overcoming some of those barriers that are in people’s minds with regards to playing golf.

“I have been playing golf for quite a while, but relatively late in life, but apparently because of attitudinal approaches and ideas of what it meant to be a member of a golf club, which I think are now outdated. I hope that that we are moving in a direction that can open up golf to a much, much wider audience.”

Men’s Vice-Captain Doherty has been a member at City of Derry since the late 1970s and he sees no reason why the sport can’t move with the times; in fact, he is openly enthusiastic about the opportunities ahead for a sport he loves.

“I love the game of golf,” he says. “It doesn’t matter who you play with, be it male, female or even people with disability, it’s so, so good, and golf has become a much more transparent sport because of the media and the TV and the personalities, which opens up a big opportunity.