WILFRIED ZAHA has bought his first football club after investing in his home country of the Ivory Coast.

Zaha, 29, was born in the Ivory Coast before moving with his family to South London at the age of four.

The former Manchester United man has bought the club alongside his brother, Carin, who oversees the running of his foundation, which is dedicated to improving lives in African countries.

Espoir Club D’Abengourou currently plays in the fourth tier of Ivorian football, and the plan is to progress up the ranks.

Carin Zaha told local media: “We have an U19 academy. We will play in the Division d’Honneur this season. 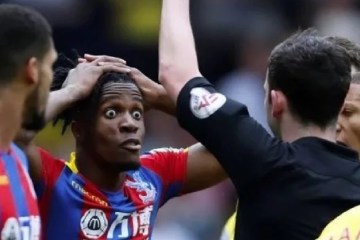 “The objective is obviously to go up, but first we want our youngsters to be in good shape and gain experience.”

Zaha has made 28 appearances as an Ivory Coast international having switched his allegiance to The Elephants in 2016.

The winger is currently away on international duty for friendlies against Togo and Guinea.

Zaha has enjoyed a mixed start to the Premier League campaign with Crystal Palace.

HOW TO GET FREE BETS ON FOOTBALL

He’s scored four goals in five appearances so far for the Eagles this season.

Patrick Vieira’s side currently sits 16th in the league table with six points from their opening six games.

But they could move into the top half if they win their game in hand.