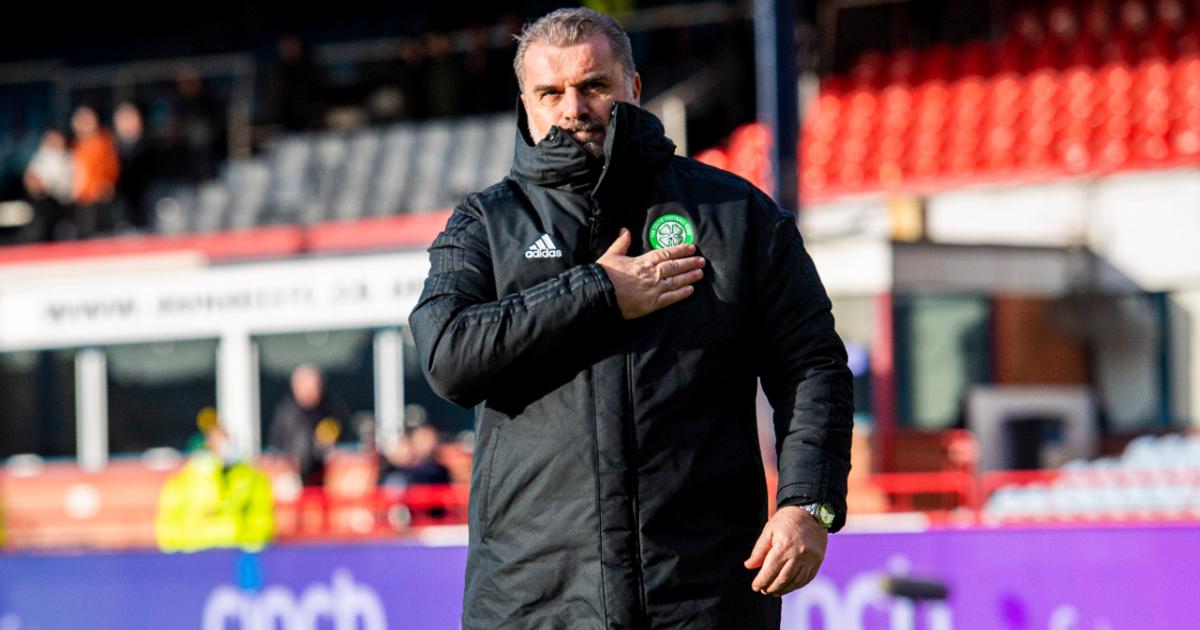 The Australian manager was relatively unknown in Europe when he was appointed but will end his first year in Scotland with two trophies.

The former Socceroos coach will be fully focused on delivering more success at Celtic but speculation is already swirling about whether he could one day make the next step.

Could Ange Postecoglou move to the Premier League?

Sutton, who played in England’s top-flight with five different clubs, believes the Australian’s achievements across the 2021-22 season shouldn’t be underestimated and compares favorably to Steven Gerrard’s record at Rangers.

“I don’t get the argument that he can’t manage in the Premier League,” Sutton said on Optus Sport’s The GegenPod Football Podcast.

“I’m sure clubs will look at him. Brand of football ticks a huge, huge box, big deal at Celtic, and fans want to see an attacking style of football. He ticks so many boxes. He has the experience, he has the track record, just because he’s Australian does that mean he’s not going to get a job in the Premier League? I don’t get it.

“I don’t get any negative argument. It’s actually insulting. He’s managed a national team at a World Cup. What more does he have to do?

“Steven Gerrard did build the Rangers team, did well, but you can’t compare the two achievements, Postecoglou and Gerrard, and yet we’re asking whether Postecoglou can manage in the Premier League but, of course, Steven Gerrard was destined to do that. That doesn’t make any sense to me. ”

How long will Ange Postecoglou remain with Celtic?

Postecoglou arrived at Celtic on a one-year rolling contract and the Hoops are reportedly preparing to offer him an improved deal following their Scottish Premiership triumph.

Former Socceroo and Celtic striker Scott McDonald believes Postecoglou will one day move to England but is adamant he’ll be in no rush to leave the Hoops.

“For me he definitely will, if he keeps up the success, go to the English Premier League. I just don’t think the time is now,” McDonald said on Optus Sport’s The GegenPod Football Podcast.

“He’ll feel he has a role to play. I think he sincerely believes he’s part of the Celtic family now and he has a bond with the supporters.

“I think for me, he’ll have at least another couple of years, and hopefully of success, before he was to move on.

“But he’s not getting any younger either, Ange. He’s been around a long time.

“I can’t see Ange moving on anytime soon at the moment unless he was forced to. I think he loves the club and wants to leave a legacy behind at the football club.”