The Chicago Bears have never fared well with offseason receiving corps rankings. But after the way the national media has been ripping into Justin Fields’ supporting cast this offseason, there was no way to expect anything less than, at best, a bottom-five ranking.

With that in mind, the national narrative has revolved around quarterback Justin Fields being put in a terrible position with no proven supporting cast. Darnell Mooney is the only proven commodity on the roster, but the Bears have added some intriguing options to Byron Pringle and third-round rookie Velus Jones Jr.

In what will come as a surprise to no one, Pro Football Focus ranked the Bears’ receiving corps as the worst in the NFL.

It’s not difficult to see what new general manager Ryan Poles’ strategy is. He wants to build the “right way,” and that doesn’t mean overspending in free agency or reaching the draft. The unfortunate side effect of that plan this offseason is that Justin Fields is one of the worst offensive situations in the NFL entering a pivotal second season.

Darnell Mooney is the lone established option in the receiving corps after earning a 74.9 PFF receiving grade in his second season out of Tulane. He’s still better suited as a no. 2, which is a title currently held by free agent acquisition Byron Pringle. Leaning heavily on Pringle, Tajae Sharpe, Velus Jones Jr. and Equanimeous St. Brown is not where you want to be as an offense.

The criticism is fair, especially considering Mooney is the only proven wideout on the team. Even with the upsides of guys like Pringle and Jones, it’s a bunch with plenty to prove this season.

With the importance of Fields ‘development in Year 2, Poles’ mindset of signing guys to one-year, prove-it deals is not what many expected. Especially when seeing what other teams have done for their young quarterbacks this offseason.

But Fields has defended his receivers this offseason, saying they’re “good enough” to get the job done. We ‘ll see if that proves true.

10 takeaways from the Bears’ OTA practices

Which Bears players are under the most pressure in 2022? 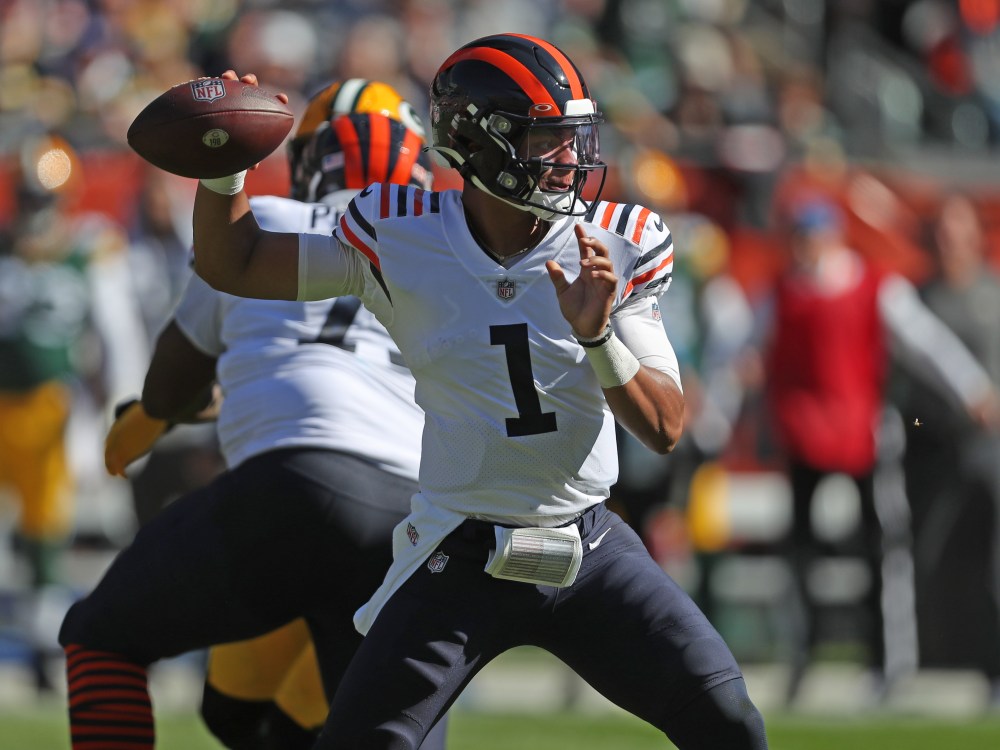