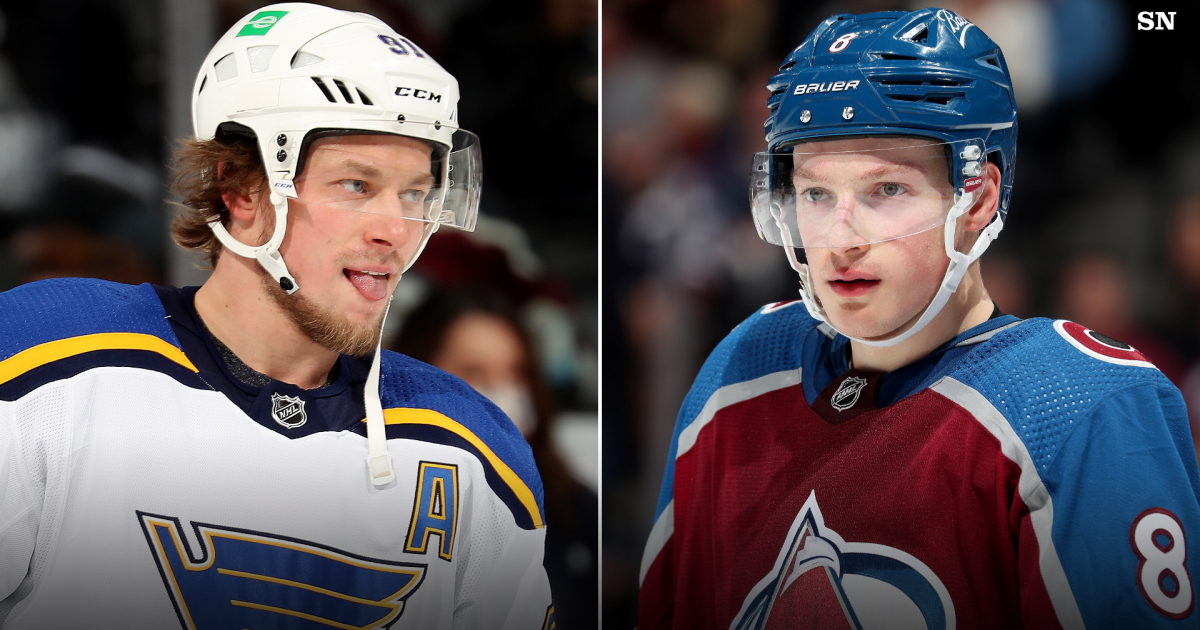 The first second-round series of the 2022 NHL playoffs is set. It will be the Avalanche and the Blues meeting in the Western Conference.

The Avalanche made easy work of the Predators in the first round, sweeping Nashville in four games and outscoring the Preds 21-9. Colorado scored at least five goals in three of those contests and twice put up a seven-spot.

Cale Makar led the way with 10 points in four games, including the OT winner in Game 2. The Avs had to clinch the series without starting goaltender Darcy Kuemper, who was injured in Game 3. Given the extra days of rest, however, it likely that Kuemper will be ready for Game 1 against the Blues.

St. Louis took down Minnesota in six games. After going down 2-1 in the series, the Blues won three straight to eliminate the Wild.

The Blues received hat tricks in two separate games, once from David Perron and one from Vladimir Tarasenko. After rolling with Ville Husso in net the first three games, coach Craig Berube went to Jordan Binnington, who went undefeated and helped the Blues advance.

The two Central Division foes meet just one year after the Avalanche swept the Blues in the first round of the 2021 playoffs.

Here’s everything you need to know about the series between the Avalanche and the Blues.

Key storyline: Is this year the Avalanche finally get past the second round?

The Avalanche just cruised through the first round like they were playing in a Monday night men’s league. Where have we seen this story before?

Oh, that’s right. The last three years have been the same old song and dance: breeze through the first series and then fall in the second round.

The Avalanche have lost a combined one first-round game the previous three postseasons, yet have stumbled the following series each year. It’s an unacceptable pattern for a team that has become a perennial Cup favorite.

This year is no different. Colorado entered the season as a favorite to win the Stanley Cup Final and remain so after finishing atop the West. Can they finally exorcise their second-round demons and make it to the Western Conference finals?

(Disclaimer: It’s actually been four years of first-round win followed by a second-round exit, but in the 2019 playoffs, the Avs were the No. 8 seed in the West and knocked off the No. 1-seeded Flames, so the expectations weren’t there that season.)

MORE: List of every winner of the Conn Smythe Trophy as playoffs MVP

On paper, it’s simple. The Avalanche are the stronger team. I might give the Blues the edge at forward just because they have a deep group, but the Avalanche blue line is so much better than their counterpart’s.

Most importantly, the Avalanche have a bona fide No. 1 goalie and the Blues don’t. Given how often the Avalanche score, I feel as though the Blues are going to be goalie-shuffling, trying to figure out which one is hot or not, and that’s going to make it difficult for St. Louis to build momentum in the series.

The Blues make it tough, but the Avalanche finally climb that mountain and advance past the second round.